Looking to hack the LinkedIn algorithm?

LinkedIn has 706 million members now, and it’s growing at 3 members per second. But how do you get your content infront of these members?

In other words, how do you hack the LinkedIn algorithm to get more views and grow your audience?

In this article, I am going to pull back the curtain on a area of the LinkedIn algorithm that is often overlooked – dwell-time.

What is dwell-time? Why does it matter?

How can you use it to improve your content’s performance?

I’ll cover these questions, but first let’s talk about why the algorithm is so important for LinkedIn.

In order for LinkedIn to continue to grow the platform, it is essential that the newsfeed shows content that is likely to be the most engaging for each individual members.

How the LinkedIn Algorithm works

When a user logs into LinkedIn, there are a large number of posts, also known as LinkedIn contents found on the feed.

In order to filter those posts and show the relevant posts, LinkedIn uses a lightweight ranking based on the user interests and other filters.

Then it priorities these posts based on 3 key engagement actions:

In the beginning, the algorithm was pretty simple.

Content creators started to try and game the system by liking and commenting on each other’s posts, taking advantage of the reciprocity bias.

In some instance this would be in the form of a formal arrangement with other members of an engagement pod.

An engagement pod exists so members can engage on each other’s content, to artificially boost their viral signals.

The idea being that this will trick the algorithm into thinking the content is higher value than it would otherwise.

This is all well and good, but it could mean that posts end up with loads of likes and comments without anyone actually consuming the content.

That is where dwell time comes into play.

Dwell-time looks at the amount of time people are spending on posts.

This is how LinkedIn explains dwell time:

At a high level, each update viewed on the feed generates two types of dwell time. First, there is dwell time “on the feed,” which starts measuring when at least half of a feed update is visible as a member scrolls through their feed.

Second, there is dwell time “after the click,” which is the time spent on content after clicking on an update in the feed.

LinkedIn’s engineers determined, through a series of tests, that dwell time is a reliable indicator of whether a user is likely to engage with a post or not.

For marketers, that means you have to craft LinkedIn posts that not only capture peoples’ attention, but hold it for an extended period of time.

Why else dwell-time matters

Shortly after the new LinkedIn CEO Ryan Roslansky was announced, the product team had committed to stamping out another algorithm hack that was becoming more popular.

A group of users had figured out that they could write short posts with lots of line breaks that would do exceedingly well in the algorithm.

A candidate failed the interview.

I still hired her.

Again, this is all well and good but LinkedIn were not happy about it.

The see it as “gaming the algorithm.” The New CEO has made this publically clear.

Some posts were getting millions of views, encouraging more of them, and creating a feedback loop of content designed to hack the algorithm.

I can see how LinkedIn would see this essentially as a clickbait strategy.

There have been several updates to the LinkedIn algorithm that have been introduced to combat this hack, one of which is dwell-time.

Here’s my 2 cents on all of this. Every Friday, LinkedIn’s senior product managers meet at 10am in California with the objective of giving members a better experience on the platform.

They are an intelligent group of people that have all the data at their disposal. My suggestion is not to try and outsmart them. Trying to find short-cuts or hack the system only works in the short-term, at best.

Instead align your objectives with our friends in California. While LinkedIn is trying to improve member experience, you can do your part by improving the experience of people in your audience.

Focus on creating valuable content for your audience. Make the quality of your content your algorithm hack. In the long-term, this is the only way to win. 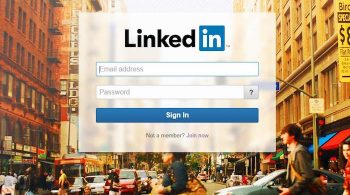 LinkedIn Engagement Still on the Rise, Up 24% This Year

LinkedIn Engagement Still on the Rise, Up 24% This Year

LinkedIn Video: How to 10X Your Return on Investment

LinkedIn Video: How to 10X Your Return on Investment